Bubblers come in all shapes, sizes and materials. Traditionally viewed as the "in-between" piece separating pipes and bongs, bubblers offer water filtration like bongs but are portable and easy to maintain like a pipe. Let's review the different types of bubblers to help you pick the best one! 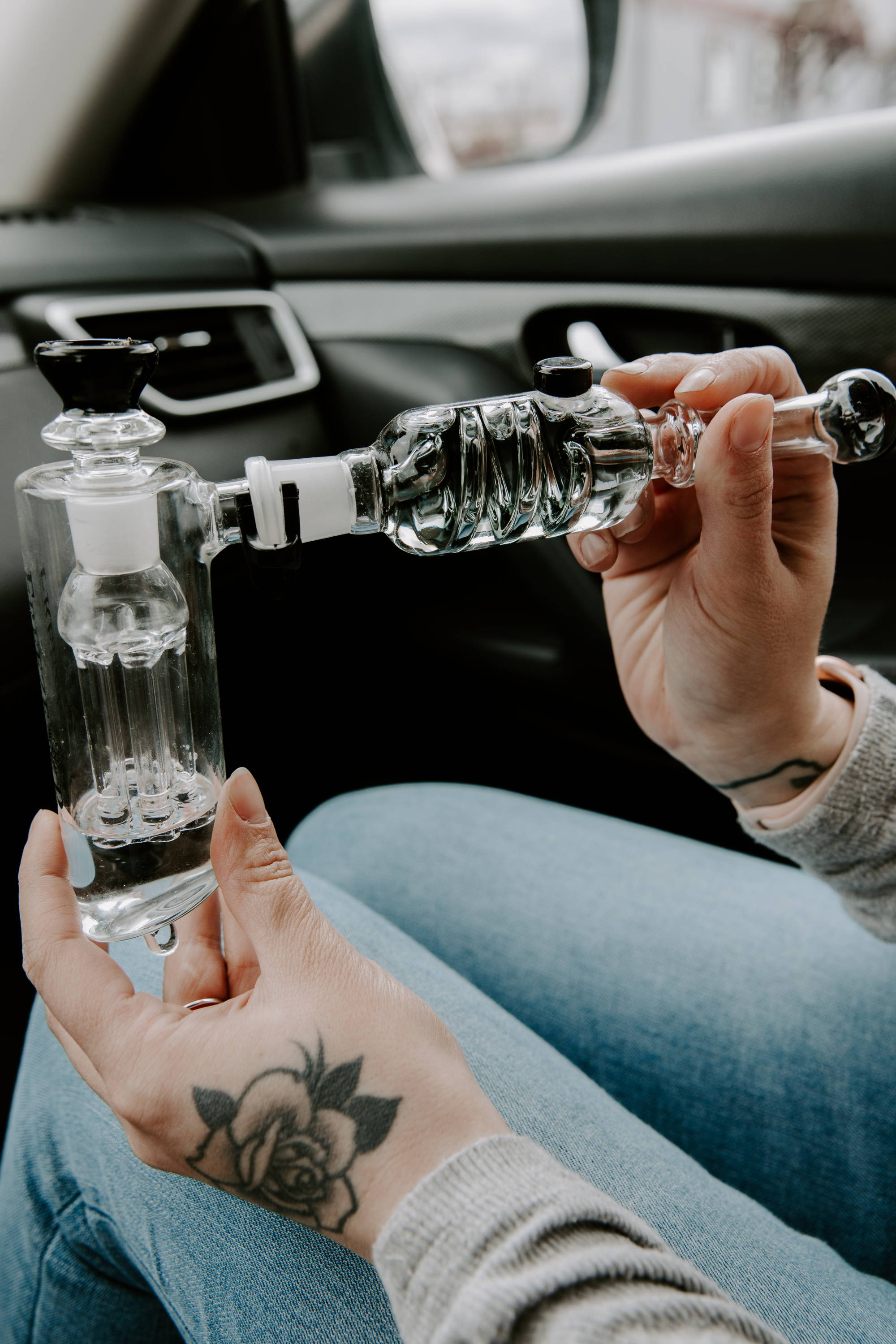 Typically regarded as the best bubbler, hammer bubblers are named after their shape. With more room in the water tank this style allows for better percolators to be used. Bubblers are always portable, but some bubblers are so minute in size they offer little in the way of water filtration. Freeze Pipe's hammer bubbler offers two unique features; a glycerin coil for extreme cooling power and smoothness, and the parts are detachable which makes cleaning a breeze. As seen below cleaning bubblers is one of the biggest bugaboos in the industry. 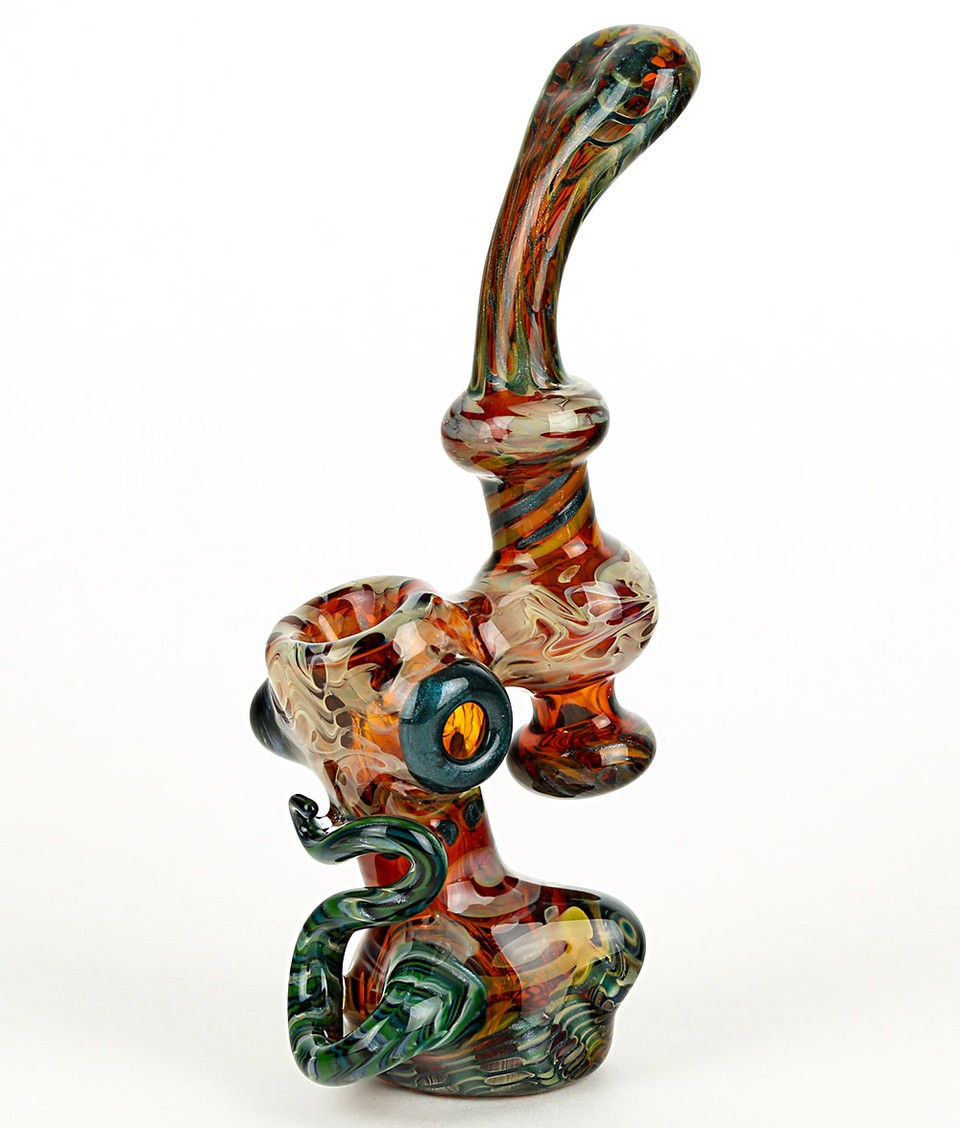 A classic style bubbler with one fatal flaw, cleaning. There's 2 ways water can enter or exit a sherlock bubbler; Where you put your mouth or where you put the herb. Neither of which is ideal for dirty / ashy water to exit from. It's easy for resin and other debris to become trapped in this style and considering the wild designs sherlock's usually come in it's hard to see if the inside is actually clean. Frequently limited in the type of percolator used there are better options from a smoothness and maintenance perspective. 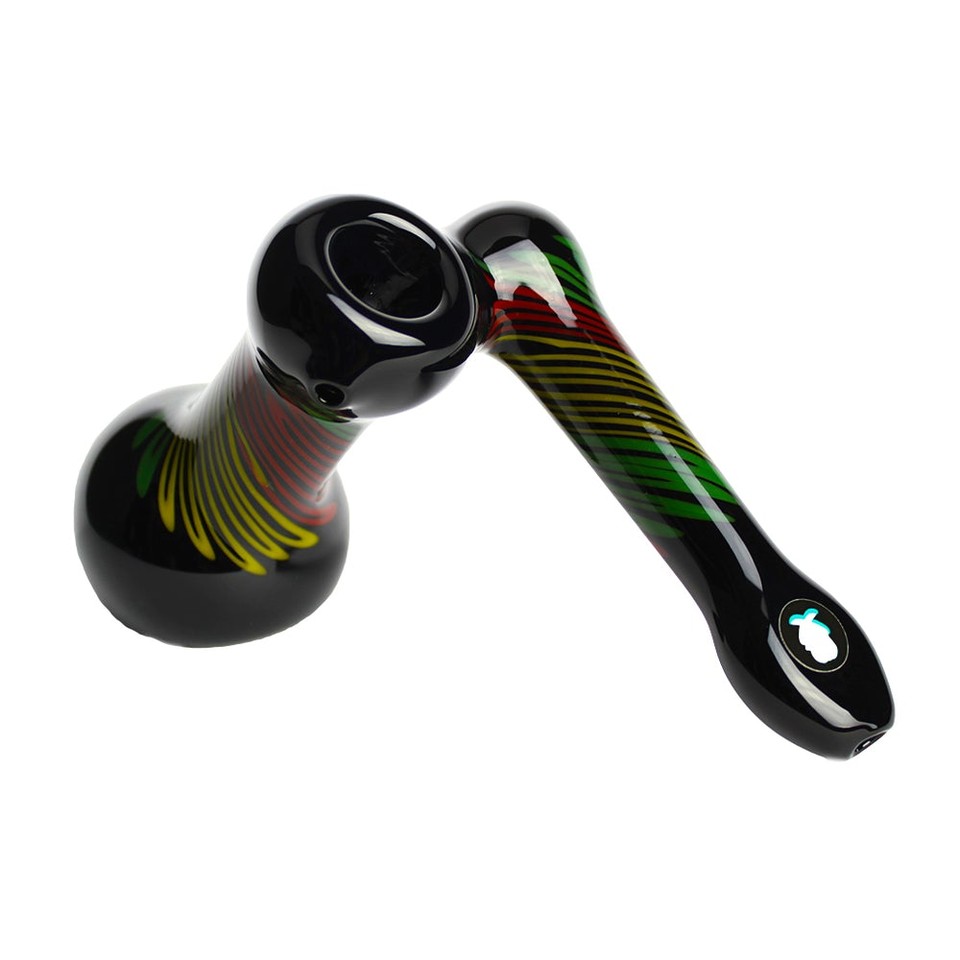 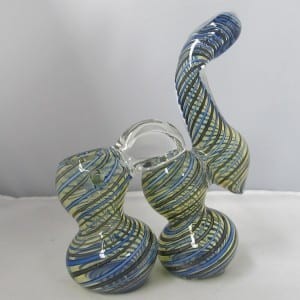 Imagine if two sherlock bubblers got welded together and you'd have what's known as a double bubbler. With two water tanks and two percolators this style offers nice percolation. Considering the added and uneven weight on a smaller piece double bubblers suffer from instability and can easily be knocked over. If you're super meticulous about your glass and want a focus on percolation this isn't a bad option. The hardest to clean out of all the bubblers, double bubblers require the most patience and upkeep. With the said, you will be getting a smooth toke.

100% the way to go and offer the most benefits of using a bubbler in the first place. And with the proliferation of ecommerce in the headshop market, where to buy a bubbler has never been easier. Comprised of borosilicate glass this is the healthiest and highest quality way to smoke. Yes, glass bubblers aren't as sturdy as silicone based options, but they make up for it with better function and performance.

Silicone bubblers are sturdy and some can even be cleaned in the dishwasher. When buying a silicone bubbler you HAVE to make sure you are purchasing from a reputable source. If not the consequences can be catastrophic for you or anyone who's used the piece. Regarding percolation and smoothness silicone bubblers pale in comparison to glass bubblers. The pro's to silicone bubblers would be the price and durability. For us though, this isn't a risk worth taking. When it comes to your health smoking out of a glass piece will always be smoother and better for you.