When it comes to dabbing, one of the most unusual aspects of the process is how it combusts. Wax combusts at a significantly higher temperature than flower does so the use of a butane torch (aka dab torch) is needed.

The process is straight forward, users heat the quartz banger with the torch for about 45 seconds, let cool for 20 seconds and then inhale wax via their dab rig. 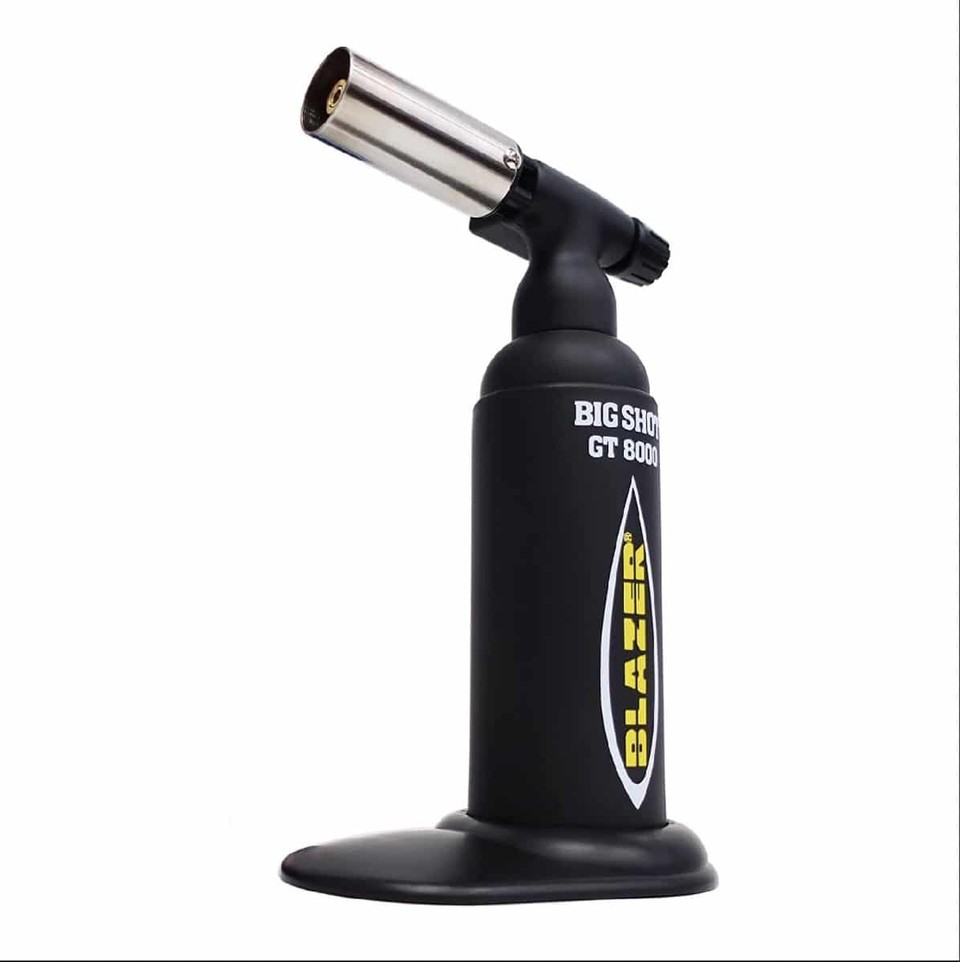 How Much Are Dab Torches?

You can pickup a solid dab torch between $30 - $70, and many on amazon for in the twenties. Make sure to read the fine print about whether or not it comes with butane. Almost all torches are refillable and butane itself is rather inexpensive. Commonly, dab torches bought at a headshop will include butane and ones purchased online don't.

The Blazer Big Buddy is known as being one of the best torches. It's simple to use, can burn up to 2500 degrees and has a long burn time when fueled up. It's also not too big, which is an underrated part of torches. When dabbing first started most torches were massive and looked like they should be stored in a garage. Now-a-days torch brands started making manageably sized devices that can be used with one hand.

Another torch to look at is the Special Blue Terminator is aesthetically pretty badass. Size wise it's manageable but a littler taller at 7 inches. It's got an adjustable head, good burn time and adjustable heat settings.

We'd be remiss if we didn't mention the Newport Medium Torch. A few different sized torches are available including a rad looking "mini torch." Newport does a few rad colors and is easy to use and ergonomic.

Stick with butane over propane when it comes to fueling your torch. Using butane will take less flavor and smell away from the herb juxtaposed to using propane. There's also science behind the chemicals consumed that come from propane are worse than the ones from butane. Not the either is the beacon of health but it's best to be smart where you can. So do your health, taste buds and nose a favor and stick with butane to fuel your dab torch.