How to Make Your Own Solventless Dabs

The popularity of dabs and concentrates has been steadily rising over recent years and it isn’t hard to see why. They make smoking cleaner, more efficient and more potent than ever before. So if you want to pick up a Freeze Pipe Dab Kit or nectar collector, start making your own dabs and join in on the concentrated fun, read on!

If you don’t know what dabs are, they are essentially the trichomes and other cannabinoids, aka the good stuff, removed from the rest of the hemp plant matter. This forms a waxy substance that can take on a variety of different consistencies, composed of terpenes and cannabinoids with high concentrations of THC. It’s easy to understand why this is considered a cleaner and more efficient form of smoking that is steadily growing in popularity.

The world of concentrates can be intimidating to get into at first with various terms and names being thrown around like shatter, wax, oil, budder, rosin, BHO, SHO, and more. The confusing variety of names out there for concentrates are based around the extraction methods and the final consistency of the product, but they are all relatively close to each other in composition. Butane Hash Oil (BHO, or shatter) is one of the more common forms of dabs that have risen in popularity. BHO is difficult to produce, requiring a potentially explosive chemical solvent and lab equipment, so its production is best left to professionals. This has led to one of the biggest drawbacks associated with concentrates, and that is the simple fact that not everyone has easy access to them or a way to purchase them at all.

Have no fear, because there is an alternative to solvent based wax and oil products that is relatively easy to produce at home with inexpensive household supplies, and produces a high-quality product if done right. SHO or solventless hash oil, also known as Rosin, is similar in composition and consistency to BHO and it can be dabbed in the same way with the same equipment. 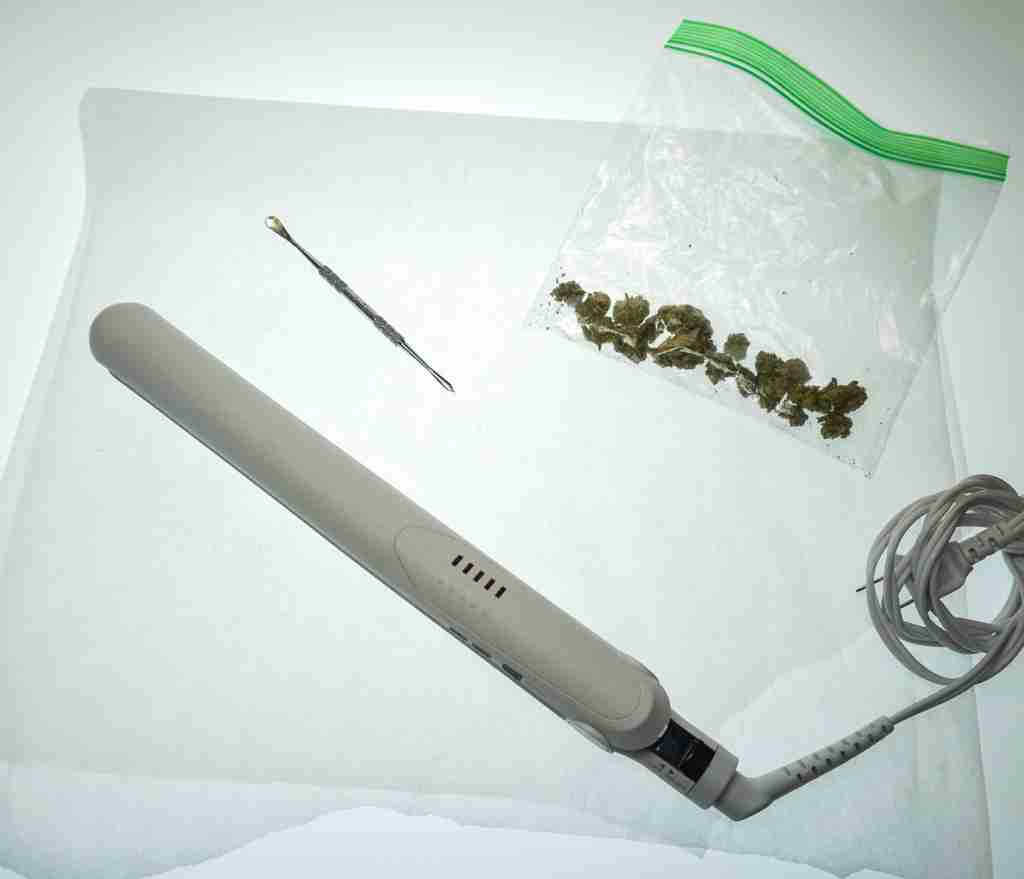 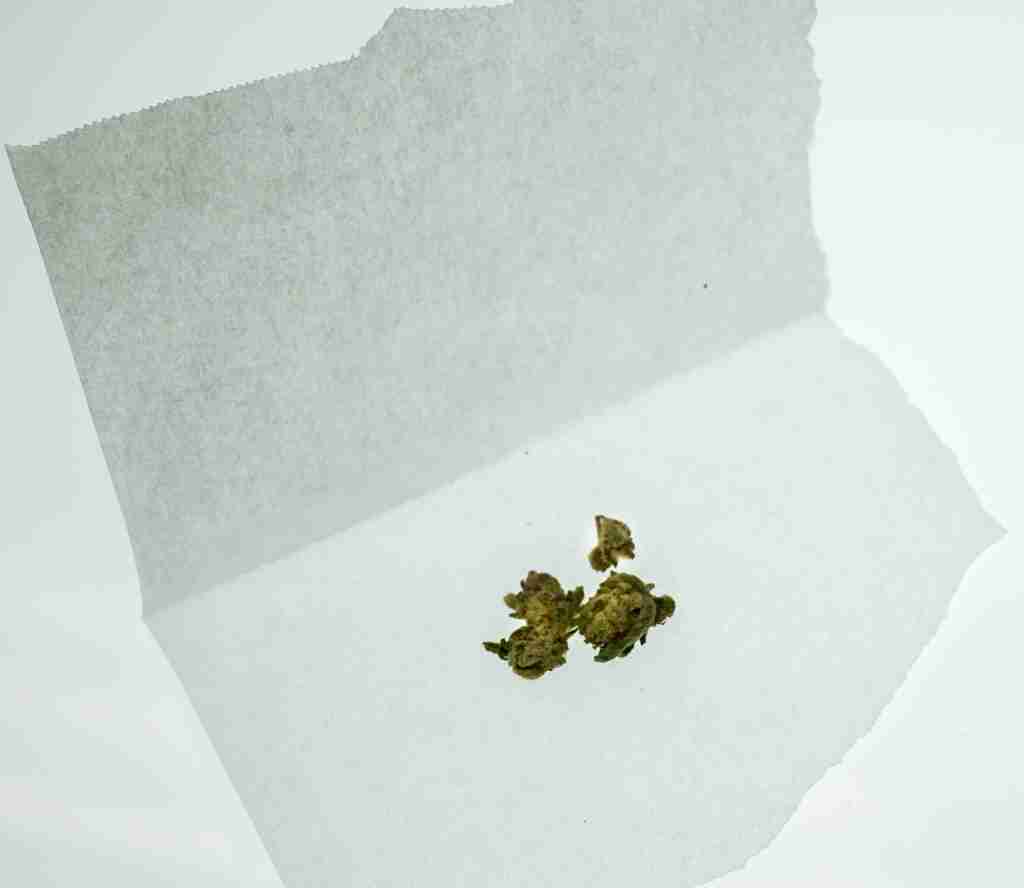 The process is based around applying pressure and heat to your buds simultaneously to force the good stuff (terpenes, cannabinoids, and THC) out of the plant matter.

Step 1: Turn on your hair straightener to its lowest heat setting and wait for it to heat up.

Prepare a piece of your parchment paper roughly 4 inches by 6 inches, and crease it down the middle (hamburger style)

Position approximately 0.25g your herbs of choice one one side of the crease in the parchment as close to the center as you can, and fold the paper over it.

Note: You will repeat this process with 0.25g each time until you have your desired amount. This size is ideal for extracting the maximum amount using the temperature, pressure, and size that the straightener can provide.

Now, with the heated hair straightener, place the folded parchment on the heating pads and clamp down with as much pressure as you can safely apply for between 3-6 seconds.

Note: You want to do this process with as little heat as possible from the hair straightener for as little time as possible. This is because you are trying to extract as much as you can from the herbs without vaporising (losing) your final concentrate product.

Remove the parchment and contents inside from the straightener as soon as you have finished. 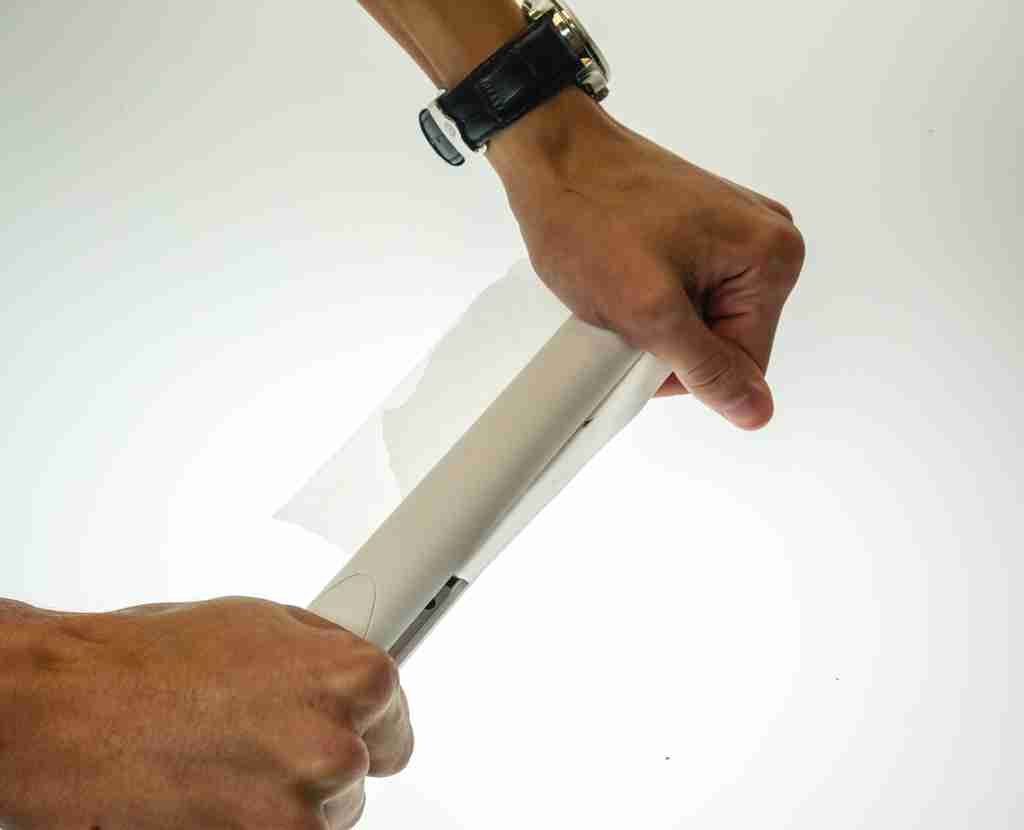 Step 3: Open up the folded parchment and remove the herb material, leaving only the concentrate. Use your dabber to scoop away and dispose of any small bits of herb stuck on the paper.

Place your parchment that is left with only the waxy concentrate in a refrigerator to allow it to cool and make it less sticky and more easy to work with.

If you’re working with more than 0.25g, repeat steps 2-8 until you have processed all your herbs. If you wish, you can move all of the refrigerated concentrate to a single piece of parchment paper once you’re done to condense it.

Congratulations, you’ve just put together and used the most simple and effective rosin press! Now it's time to kick back and enjoy your product through your Freeze Pipe E-Nail and Freeze Pipe rig. If you enjoyed the process and the final product, you can upgrade to professionally designed rosin presses available online. 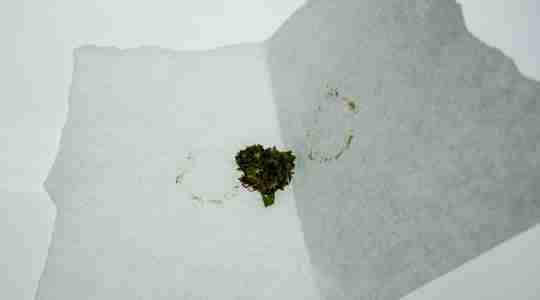 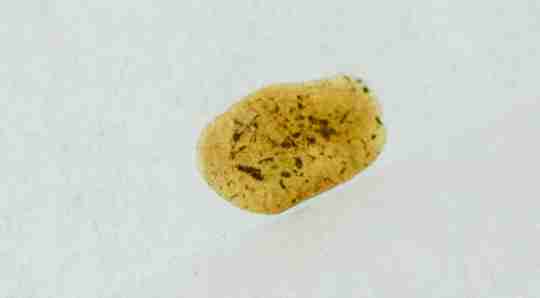 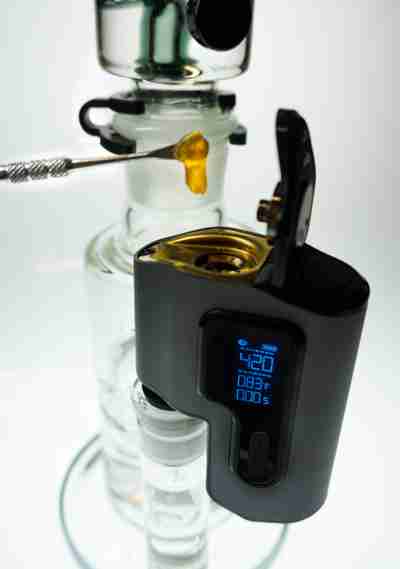 Just the right amount of water filtration, if you wanna dab this old fashion way, this is the smoothest dab rig available. 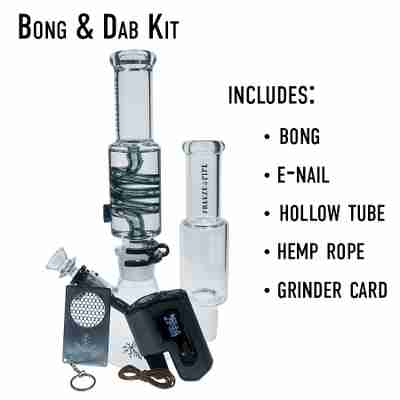 Everything you need to smoke concentrates and flower like pro. Includes the E-nail + other fun accessories!