Why Use a Bubbler?

There are various methods of smoking weed. Most smokers use some form of pipes, bubblers or bongs to enjoy cannabis and each carries it's own advatages. Bubblers are known for their versality, ease of use and portability. They fit the mold between a handpipe and a bong and have a strong following given their benefits. Let's dive into why buying a bubbler could be your next favorite purchase!

Step By Step Guide To Use A Bubbler: 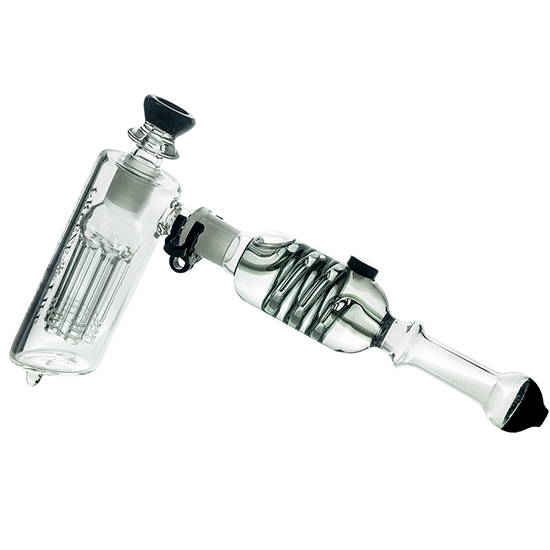 Benefits of Using a Bubbler

Bubbler pipes are the ideal method for smoking outside or on the go. Most bongs are excessively enormous, thick, and heavy. It's hard to fit a bong in a backpack, but bubblers fit easily in almost any bag. Bubblers are ordinarily under 10 inches tall and have a minimal amount of parts to them. Because of their size and less moving parts bubblers break less frequently than bongs do.

Water filtration is key for any smooth and nice hitting piece. Handpipes might be the easiest of everything to use, but they lack the taste, refinement and cooling power that comes from water filtration. Bubblers come with all sorts of different percolators and can churn a ton of water. Add a glycerin coil like Freeze Pipe's Bubbler to the mix and you got yourself a quality glass piece that smokes better than similarly priced bongs.

Bubblers can run from dirt cheap to $150, but expect to pay $80- $130 for a quality bubbler that will last for years. Bongs on the other hand can easily sell for $300, with many tipping the scales at $500 or more. Pound for pound, the right bubbler is nicer than a poorly made bong.

Bubblers are easy to use, clean and maintain. And with many different types of bubblers, there's something for every style. The minimal amount of percolators and glass require less cleaning solution and time spent rinsing. As long as the percolators are free of debris that you should have a highly functioning bubbler that'll last multiple smoking sessions. Bongs, while the better smoking of the two, will require longer deeper cleans and consume more of your time to maintain.